HomeI Was AbusedI Paid A Dear Price Being A Kept Woman

I Paid A Dear Price Being A Kept Woman 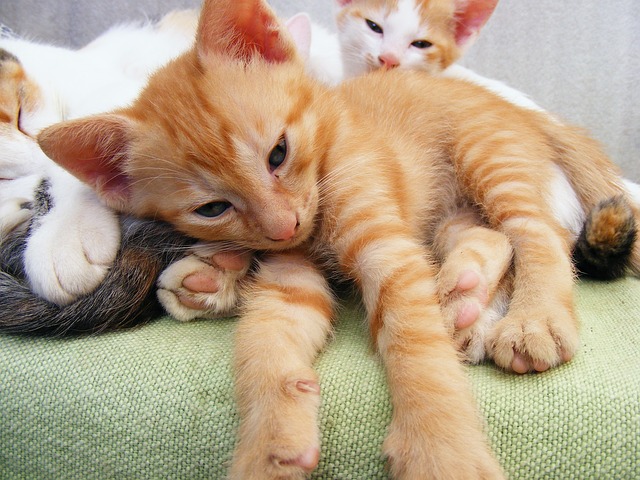 I was born into abuse. My biological parents decided without question that I was the reason they got divorced. They both told me as much when I was able to contact them at the age of eighteen. I was sent to several foster homes before I met the lady that adopted me. She was the first single lady in Jennings county to get to adopt a child. I was about three years old at the time. I often wonder if my life would have been more stable had she been a traditional mom with a husband for my father,but this I will never know.

She had to take jobs as a caretaker of a polio patient and we delivered newspapers at onetime in the freezing cold. I got to collect the money and the stamps that were the biggest part of what the paper company needed for their records. I folded and assembled so many papers at one time I can recall the smell of the ink on my hands as I type this. My mom’s son and two daughters were grown up and out of the house by the time I came into the picture. So as a young child I didn’t have anyone to grow up with. I was isolated to the point of the TV and Radio were my friends. The family considered me to be the black sheep. My mom had been told by doctors that I had a hole in my heart,twisted tube around my windpipe and an artery that was coming out of the wrong place in my heart. All fabrications and mistakes that should have been prevented by qualified staff at the hospital. She was told that I would not live to be sixteen. I never got to go to games or parties with other kids nor did I get to experience a childhood. My mom ruled with an iron hand when I talked back to her I got her hand across my mouth.I learned to like the taste of my own blood. How sadistic is that?

I question her motives for not letting me have fun like the kids my own age and she said that she did not want me to end up pregnant. I had that covered with a solemn promise to God that I would finish my high school education before I had sex. I kept my word,but I sit and wonder, if I had maybe I would have made my dream come true and been the kind of mom she was not. My mom had deeply convinced me that I would not be a good parent and that I would kill a child. I felt defeated in each turn that my life was taking. I had been with a few guys who all just wanted sex from me, I think I was just striking out to get OUT of her home. Then I was trying to hitch hike to California to become of all things – a prostitute since hey, sex sells. I figured if you can have sex and get paid for it I was in. My self esteem was that low by the time I hit nineteen.

Then I met my ABUSER! He was charming to say the least. I got to be his copilot in a semi truck. I found out it was not going to be an easy path. He made certain promises to me none of which he kept. He would make me wear clothes that let the other drivers see my curves. I was his trophy but not good enough to be a wife. I was the youngest girlfriend at the banquets and the high school reunions he went to. I paid a dear price in him keeping me. I had to stay in dumps for the time it took them to change his oil on the semi and when it was hot outside and he had to stay inside for them to call him for loading or unloading I was left in the sleeper covered in plus 120 degree heat. In the winter it was an icebox he was all about the bottom line how much fuel to conserve so he would get the big bonus.

I was put out in the woods many a time and I had to stay at a truck stop where I was raped by the manager saying if I do not give it to him he was calling the police to say I was a “lot lizard” prostitute.I was not allowed to help his daughter find her path in life, nor was I allowed to speak my mind with his constant lying. He lied about it all. His so called cars, houses, money, and what he possessed in general. I was kept like a prize, but without the gain. I found peace in a computer via chat rooms and the social networks. I found internet friends, some who found what he would blurt out to be unfounded and I would not hear from them again. I have had a few who stuck by me in the times I went through. 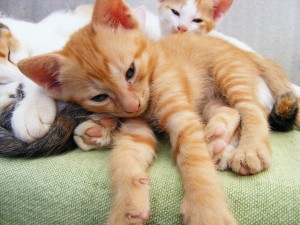 His dementia was so bad that his hoarding was over the lines of reason before he even retired from truck driving it just got bigger. I remember taking so many things to the garbage because he could not or would not let it go. Another persons trash from a storage bin auction was his treasure. For me it was cats. I loved them and was allowed to keep as many as I wanted and when the numbers ran into the 50 or more range with him refusing to get but a few fixed it became so smelly and unhealthy to live in at either house we stayed. Sinus infections by the day as well as asthma.

I endured so many sexually transmitted Urinary Tract Infections I now have a bladder twice the size it should be. I even developed bladder spasms so bad I had to wear adult diapers with pads in them. He was always ragging me about my cooking saying it was not good enough and then throwing it to the cats to eat. He would buy TV dinners by the dozens with my food stamps leaving me with barely enough to get my own food with. He would let trash overflow the place he was sitting at and not care if it made a mess when I tried to do some cleaning up.He would pee off the porch just to save two steps he said it was his right.

Bullied with his I love you like a ruptured hemorrhoid, you are beautiful as a pile of shit, Am I pretty? Yes pretty ugly. Those were not as bad as the only times he said he cared for me when I was walking out the door to leave him yet again.I felt so overwhelmed by all his negativity and despair that he had going on. I tried suicide so often that I gave up on it. I contemplated killing him and then me to be free from this life I hated. I was told by him you can use my money for whatever you want so I did I bought so many clothes and things that I no longer have. I tried to leave him so many times that I lost count of how much gasoline I put into the Blue Jaguar he stole from me at the end. It came to a sudden end when it was our 27th year together I said “Happy anniversary” his response was “Whats so fucking happy about it?”

I had made my mind up that what he said that day would change my course for one way or the other. I had met a guy who was much bigger than him and I hoped that he could help me out but his family didn’t want me around. His dad who is in charge of some prison called a place in Dothan Alabama and I was driven down there with just what I had when the ex kicked me out along with his crooked cop friends. Money seems to mean more to Crenshaw county than common sense.The police who he had in his pocket said he bought it so it is his. So was everything else that I thought I had some say so over. I lost everything including priceless things my mom had given to me jewelry, paintings she did herself, EVERYTHING I got while going through college for the one semester. I lost it all.

In August of 2013 I got out and stayed the hell out. In September of that year I had to have an operation to stop the bleeding from my uterus. I was so scared that I would not live through it; I had lost 3 units of blood. By the time I left the shelter and moved into my own apartment I felt so alone and I just wanted God to put things right in my life for me. He did just that; I met my soul mate at the apartment building the exact same day. I am still healing with his help. I still have my own nightmares and PTSD but I find him to be of a deep comfort. I still fell so sad thinking of the cats and things I had to leave behind. I was hoping to pass something down to someone some day but it will never  happen.

I do have, however, a man who cherishes each minute he gets to spend with me.I LOVE YOU passes out of our lips to one another daily so does ‘bless you’s’ and lots of sweet words of joy. I may never get to where I totally forget the past but the future sure looks much brighter.  During our first Christmas together he gave me an engagement ring and the proposal of any gals dream. On one knee he asked, “Will you do the honor of becoming my wife?” I still feel like my eyes will open and the dream will be no more. I am getting through the PTSD with the help of my fiance and several groups I belong to and with that I say Thank You for letting me share my story. May this help some other lady or man know find that joy can be found.

Are You An Emotional Masochist?
I Am Not What Happened To Me
I Was His Prisoner Then The Tables Turned