22 Years of Healing From Sexual Assault 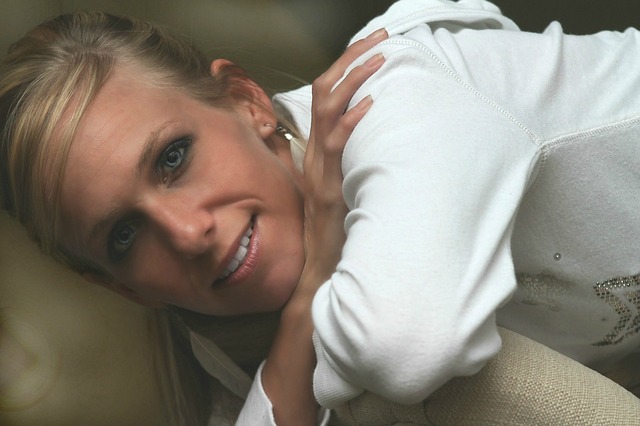 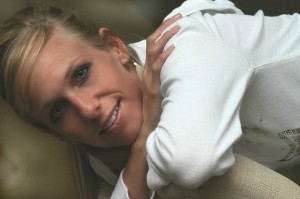 I have always been a “broadcaster” of sorts.  In grade school, I loved giving oral reports in class.  I went on to be in One Act Plays in high school and enrolled in tv broadcasting in college until a professor told me my southern accent was too “thick” and I would never succeed as an anchor.  I changed my major to public relations and used my communication skills in other ways to share messages.

I truly believed in the power of storytelling. It reflected who I was and I made a good living at it until November 28, 1990.

I was 27 years old and a PR Director for a hospital.  I was attending a national conference, staying at a hotel in downtown Atlanta.  It was 8 pm as I exited my hotel room to meet a magazine editor in the lobby.   While walking down the hotel corridor, I was attacked by a knife-wielding man and was forced back into my hotel room where I was robbed and sexually assaulted.  Although I ultimately survived the vicious crime, the assailant escaped and was never found.

During the 15 minutes that it took for the man to rob and sodomize me, I became a different person…mute, traumatized, fearful, anxious.

I searched in vain for the old Jenny Lynn, but could not find the happy, exuberant being that had filled my soul for two and half decades.   Most of the time in the first ten years after the assault, I tried to make it through the day and just survive the panic attacks that awaited me at every turn.  Hyper-vigilant to protect myself, I seldom slept well and spent most of my waking hours contemplating the man’s return and how I would flee.  Although I knew I needed psychological help, I did not have any mental health counselors trained in PTSD  in my rural community…they were an hour away and I couldn’t handle the stress of driving alone to Savannah, GA to get help.

So I became helpless.

And therein lies the problem for most of us sexual assault victims.  Until we get help, we will not resuscitate and will remain in a vegetative state.   Ultimately, in my search for freedom, I came upon 5 critical keys which ultimately provided the release from my imprisonment. Some are spiritual and some are secular, but the combination worked.  Here they are and at what year they happened in my journey of healing:

Year 8:  Find trust and calm in God.  For a long time, I lost all faith in the world as I had known it and also lost any assurance of God’s protection.  However, God continued to speak to me through Bible passages and His words jumped off the page and literally calmed me when no one on this planet could.

Year 10:  Forgive the assailant. This one is a toughie, I admit.  Forgiveness, you know, is not for the person who wronged you, but for your recovery.  For years, I had so much blame and bitterness in me that raged as I played the role of judge and jury 24 hours a day.  I hated the man who had stolen my independence.  I hated the man who had destroyed my life.  I hated…everything.  When I released this burden to God and allowed Him to be the ultimate Judge, I felt the chains of bondage slowly falling from me and after years of exhaustion, God finally gave me rest.

Year 20: Find Professional Counseling/Cognitive Therapy.  I truly believed I was so broken that I was unfixable, but cognitive therapy is a powerful tool for sexual assault victims.  My therapist used the veterans/military version of cognitive processing therapy and over the course of many months, she helped me rewire my brain.  The anxious threads that incessantly flooded my thoughts subsided as I faithfully carried and completed worksheets 24/7 to “record” and “repair” my thought processes.

Year 21:  Break the Silence.  When I wrote my book and began speaking publicly about the aftermath of rape, these were cathartic experiences that allowed me to finally tell the truth.  In doing so, I expressed what had been churning inside of me and I found when I spoke to groups, others would come forward and tell me that they, too, had been a victim of rape. Sharing my story with “sister and brother survivors” has accelerated my healing exponentially.

Year 22:  Victim to Survivor.  The final step is that moment when you realize that you can shift from being a victim to a survivor.  Webster’s definition of a survivor is a person who survives, especially a person remaining alive after an event in which others have died.  When we can own the word, “survivor,” it empowers us.  We can believe, “Well, there must be a reason I was left on this Earth if I survived something so horrific.” We can choose to be stronger because of this negative life experience.  We can choose good to come from bad.  In my own life I decided that I could make a mess into a message.  I could make a trial into a triumph.  And, yes…I once was a victim, but today I choose to be victorious.

derson is a motivational speaker and author of “Room 939:  15 Minutes of Horror, 20 Years of Healing.”  A captivating and compelling storyteller, she touches audiences with her powerful story of courage and persistence in the face of adversity.  She holds a BS in Public Relations from Georgia Southern University and lives in Statesboro, GA.