HomeI Was AbusedI Was His Prisoner Then The Tables Turned

I Was His Prisoner Then The Tables Turned 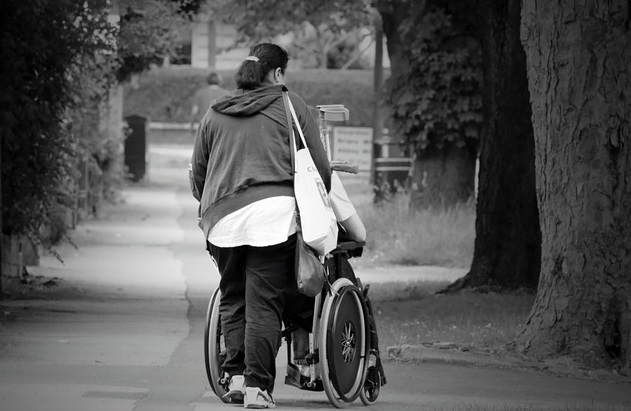 Homeless and weak from a recent miscarriage, I went to the only person I thought would or could help me…a friend’s ex-husband. It was a place I had stayed many times when they were married and I had run away from whatever was the latest bad foster home they had shoved me in. I have been with him ever since. I ended up reluctantly marrying him, pressured by him, his family, and the priest at the local Catholic church. We have a daughter who is now 25.

He wasn’t the greatest in the world, far from it, he was rather abusive, although he would never hit me. Not that kind of abuse, his thing was verbal and mental abuse, and keeping me as his prisoner so he won’t have to be all alone. He drove all my friends out of my life, forbid me from going back to school, sabotaged every job I ever had, and wouldn’t allow me to have my own money.

During this time I suffered some sort of injury to my leg that left me unable to walk for about 6 months. I lived a life of constant excruciating pain and my husband wouldn’t let me go to a doctor to find out what was wrong with me. This was when I found out about him draining out our daughter’s college fund. I would have left him that day with nothing but the clothes on my back, not caring if I had anywhere to go, but since I couldn’t walk I was stuck there. I told him that and I meant it.

I decided I couldn’t go on living like that and needed a way out. I needed a way to earn money without it costing me anything and without me having to leave home to do it. That was when I decided to start coding. I had already spent enough time in Renko’s chat room to know what I was getting myself into, and who to turn to if I needed help teaching myself. My goal was to learn, work hard, and some day I’d be good enough to start releasing shareware apps and could generate the income I needed to get out and to support myself.

After becoming a near expert at coding and stashing away a good amount in savings that he knew nothing about I was rather proud of myself for figuring out how to earn an income from home by teaching myself a skill. The next thing I knew, he was laid off from his job, then he got hit by a car while out looking for work, then he had to depend on me for almost everything, and in the process, while the tables were turned, he learned what it means to be a modern man and not a chauvinistic pig throwback from the 50’s. 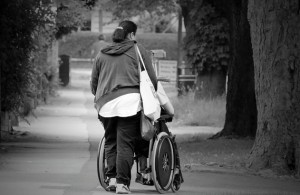 He learned to love how well things work when they are done “my way”, how much less he has to worry about when he allows me to share the responsibilities equally with him, how well our relationship works when he is only in charge of himself (instead of trying to be in charge of me too), and we are getting along pretty good now…better than we ever have before.

I learned that he is easily brainwashed, and when he was working at his old job, there were too many voices in his ear on a daily basis for me to compete with. The old voices were a bunch of white racist, anti-gay, conservative Republican men. All the trash rolled into one.And now that he is away from the assholes from his old job, that were always getting into his ear about how he needs to “run his marriage” and he is working with younger people, normal people, who have their heads screwed on straight, there is a whole lot less chance of everything becoming undone.Now that he has better voices in his ear, he’s a completely different person.

Plus he likes to eat, have clothes to wear, cash in his pocket, etc and he can’t do that without me.

Like I said the tables are turned and I’ll stay and provide that, as long as he can behave. And he knows that there is nothing he can do to turn the tables back and life is actually easier and happier for him if he doesn’t.

I Allowed An Idiot To Define My Worth
It's Okay To Love The Person Who Hurt You
Why Do Mothers Hurt Their Daughters?