HomeI Was AbusedThey Never Change. They Only Get Worse.

They Never Change. They Only Get Worse. 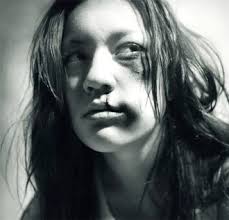 I want all the teens to know my story. I was 16 when I met him . I’m almost 60 now. All the I’m sorries, flowers, Candy, jewelry in the world is not going to mean they are going to change. It’s just a bribe to keep you with them and to keep you from telling. They never change. They only get worse.

My story started when we were dating. I was 16 at the time and he was 21. He started with jealousy. Him pinching me . Controlling me. At 17 I moved in with him . He was military. I never forget the day I found out I was pregnant. I was so happy . When he came home, I told him. He got mad. He wasn’t ready to be a daddy. He beat me and kicked me until I lost my baby. Then he told me to clean up the mess and took off drinking with his friends. As I was left to watch my baby go down the drain.

He came back around midnight and raped me. I begged him to stop, I was in a lot of pain, but he didn’t. Two weeks later I had an infection. The beatings continued but I was young. I married him on Nov . 23 and got pregnant again in December and had my daughter in August. When I was 8 months pregnant he beat me and broke my arm. Took me to the military emergency room and left me there to deal with it. I told the Doctor and the doctor said tell your husband not to beat you while you’re in this condition and still my husband kept on beating me.

When I got pregnant with my second living child again he got mad, forced me in his car,  drove me to an abortion clinic and tried to force me to have an abortion. I begged and pleaded with the Dr . and the Dr. was kind enough to lie and tell him I was to far along. He was so angry, he made a scene. The trip back home was horrible. After that daughter was born  and she was 2 weeks old his sister came to visit. The neighbors and friends were talking bad about her walking around half naked. I told him what was going on. He beat me while my 2 weeks old baby was in my arms. He broke my nose and gave me a black eye. I called the military police. They put him in a cooling tank for 2 hours and let him go back home to beat me some more. I have tried to get away. I have divorced this man and then went back for my kids. Last time I divorced him, he made me and our kids live in a tent. I asked my mom for help and she let me pitch a tent in her back yard. She has always been on his side. Between my mom and my husband, they came up with a plan.

I was always in fear. I used to send my kids out of the house. Even when my kids got bad grades or I knew he was coming home in a bad mood or drunk. I used to feed them and send them to play or to the neighbors. And I took the beatings. I asked for help, called the police. No one did nothing. I stayed with this man for 41 years. His abuse got worse. I always lived like I was walking on egg shells. My mom always told me to stick it out. He’s a good provider. This man has abused me, raped me. Threatening me with hammers, knives, kicked me with paratrooper steal toed boots. He’s been unfaithful. Tried to pickup on a 17 year old while I was sitting in the car. But he said it was o.k. Because as he told me in front of my grand daughters who are 15 and 17. he didn’t know the girl was 17.

I wasn’t allowed a check book. Even when I had to go to the Dr. he made the appointments for me and he took me, he went in with me. He controlled my every move. My phone always had the GPS on. I am now 58. The abuse got so bad that my children now 39 and 40 got scared when they finally got to see me when he wasn’t home. He was keeping me sedated. I really believe he was trying to kill me. Found a new life insurance policy on my life. Found things out about him I never knew. Double identity. He was born with a different name than what he uses and made up himself illegal. He went to jail for 2 weeks. Got out on bond. He hasn’t stopped stalking me. He stalked me all over the grocery store. I called the police. By the time the police came, he was gone. He passes by my house with different cars.

My children have to feed me and support me because he has been moving all our funds. I’m left with $6 in the bank. None of my credit or debit cards work any more. I have been doing all the work. All the investigations and research myself with my kids. Last time I brought evidence to the police, like 20 something bottles of naproxen, a bunch of bottles of Methacarbonol,  a bunch of sex enhancers for men. He’s 63 now but these are not used for me. Believe mehe only gets aroused with me after a good beating when I’m bleeding or hurt. I finally came out and told the truth about all assault. I’ve been called paranoid. They make me feel like I’m being violated all over again but now by the Justice system and still he’s out there lurking about. I don’t trust the police any more. It’s hard for us women going trough domestic violence. There’s not enough people who care to help us . We are their last priority. And just think . It all started when I was just a teenager