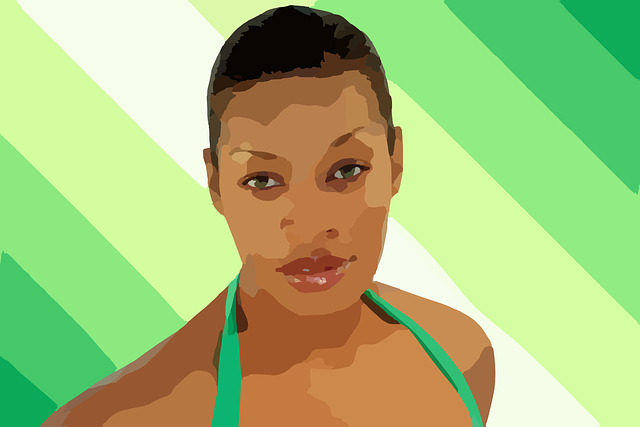 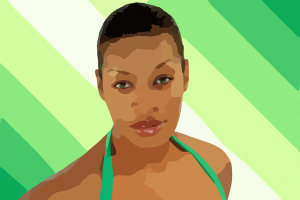 Dawn, what are you doing?  Why do you keep going back to this?  What is drawing you to continue to receive this kind of treatment?

I know it doesn’t make sense but I found myself back over and over again.  My dad (he really was my step dad…didn’t find that out until I was an adult) was my earliest example of how a man should treat you.  He began sexually abusing me from age 10 until right before I left home.  He would tell me that he loved me and then proposition sex saying he will give me his whole paycheck if I would willingly have sex with him.

He hit me when I began dating a man.  He cried when I became pregnant with someone else’s baby and would say to my mom, “Dawn’s kids should be my kids.”  He taught me a man is to manipulate you into having sex with him and that’s something you have to do whenever he wanted.  He showed me that lies, deceit and betrayal was all a part of love and I was to be a doormat to a man under the guises of love no matter what I wanted.

My mother helped. She taught me that it was okay because she knew about it and never did anything.  She would leave me home with him so he could have his way or never inquire where he was for so long in the middle of the night when he was in my room, hurting me and helping himself.  She laughed at his comments about me being his second wife and how he loved me.  She hated me for being “the other woman” that she allowed to her husband.  Oh, I see – this is how it is supposed to be.  Got it!  The conditioning began.

This began my reality for over 30 years of my life.  My twisted reality of what love really is and what love is not.  To me love hurt, raped, assaulted, lied, betrayed, deceived, competed, perverted and tragic.  That was what I was conditioned to believe.  My first examples of what love was to teach me were the very ones that taught me what love is not.  I carried it, dreamed about it, obsessed over it…it even tormented me.

How come I couldn’t get it? How come no one loved me like in the movies?  Married and divorced 3 times and still had no concept of love or value of oneself.  I was beaten, kidnapped, raped, assaulted all under five words…But I love you Dawn.  I was totally broken, didn’t know who I was and marred.  I thought no one would want me, my parents didn’t so why would anyone else.  My mother treated me with such disdain and hatred that she couldn’t stand the sight of me.  They would spread rumors that I was this wayward child that was so unruly so if I told that no one would believe what was happening at HOME!  She and her husband.  The other children were his biological children so they were treated like gold but for me it was returning to be abused and mistreated day in and day out.  I had to return.  It began that behavior in me.  It wasn’t all bad all of the time but it was pretty bad when it was.  I hated myself.  I figured if I was good enough I could WIN their love.  It didn’t happen.  What was wrong with me?  How come I can’t keep anything or anyone?

Different men, same scenarios.  They were all predators.  They saw my brokenness and decided they wanted to capitalize on it.  They would beat me, belittle me, and treat me as if I was nothing but a piece of trash or just a trophy to wear on their arm when we were in public.  My last ex-husband never physically hit me but the devastation behind the rest of the abuse was just as bad.  So why didn’t you leave?  Why did you stay?  Why did you keep returning to the same kind of men?  Didn’t what you went through as a child teach you anything?  All good questions but there was one question that was missed.  Why didn’t someone help me when I reached out?

I basically was taught that you have to stay and take it.  I felt like I was deserving of the treatment.  I felt as though I couldn’t do any better because all of the people in my life has told me…who is going to want you?  No one!  I didn’t even love myself.  I tried to commit suicide and couldn’t even do that right.  Why am I here?  I hate my life.  Well maybe, I can stay and love him or them and show them that they don’t have to be mean and perverted and hurt.  It’s my fault anyway.  It was something I did or something about me that made you hurt me like that.

The more I stayed…the more I stripped myself of any thoughts of good for myself.  I became numb to what they were doing.  My mind was always racing and trying to pretend everything was okay but dreading what would happen whenever I went HOME!  Home was a place that I kept coming back to everyday after school to be beaten and sexually abused.  It was my norm.  I didn’t know I could have anything better at the time.  It was HOME.  So that’s what I expected and that’s what happened.  I couldn’t escape the intrusive thoughts of being raped and hit.  I had nightmares and slept in fetal position nightly even when I left home and was married.  I slept with clothes on because it would take you a while to get them off and maybe in the interim somebody in rescue me.  Dawn this is all your fault.  It must be because why would these horrible things only happen to me?  Why did they choose me?  It has to be something that I am doing.

The cycle continued until I realized that the part that was my fault was thinking that I couldn’t escape and I didn’t deserve a good life.  It was too late for me, I used to think.  Surely it was me…I married a self-proclaimed preacher that was actually a convicted Execution Style Murderer.  A preacher…I had to get it right this time.  Our home was in turmoil constantly.  He taught me smile for the camera!  Give the appearance everything was fine but I knew what would be waiting for me when we got home!  I was afraid of what people would say.  They were already whispering about me.  You have to stay Dawn because you have been a failure at everything else…you have to make this work.  The desire to succeed (misappropriated) clouded my judgment of what I needed to do to achieve it.  I wanted so badly to succeed that I was willing to do anything to give the appearance of it.

One day I began writing everything I thought, everything I felt, everything I had gone through.  I began typing and typing until I got out of me what was in me.  It was only then that I realized that I was better than that and was heading for some really tragic things if I didn’t do something about it.  My children were being hurt and affected by my decisions and I loved them so I needed to do something to fix it…fix me!  I needed help badly.  No one came to my aid at the time.  Dawn, you have to do this one for yourself and don’t let anything stop you this time.  I began going to church (learning from my Bishop) and writing and they were forms of therapy for me.  I had to learn how to be a healthy human being.  I was finally on my journey to realizing that I am worth being treated well.  I am worth fighting for.  It wasn’t my fault and no matter how bad the conditioning you can always re-condition.  I had to change my outlook, behaviors and work hard on trusting and believing in myself.  That was the person they chose to be…it had nothing to do with me.  I was just collateral damage.  At 42, I am worth it!

5 Ways You Hurt Yourself More than Your Abuser Does
9 Therapies: How To Get Rid of Emotional Baggage From Past Abuse
She Needed Me To Be Violent In the Bedroom