HomeI Forgive My AbuserI Kissed My Biggest Fear On The Lips

I Kissed My Biggest Fear On The Lips

As a trained professional looking back on my own psychosexual development, I can clearly see now how I unconsciously attracted an inappropriate preacher, in addition to an alcoholic uncle who babysat me as a toddler and digitally penetrated me, numerous flashers, frotteurs, and suffered a rape attempt. I thought all this was normal. Raised in a Southern upper middle class family, my only sex education was that “You will learn everything you need to know about that, young lady, after you are married with kids!” There was such anger and judgment about sex. No wonder when men were affectionate and nice about sex and flattering to me, I succumbed. 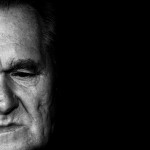 I began to feel my only value was in my sexuality. I learned that it was it was rude to say no to a man with an erection; I was responsible for it, and I should take care of it. I vividly remember our Presbyterian preacher literally murmuring to me that I should stay a virgin while he fondled me, praying that I would develop large breasts just like my mother, and attempted to digitally penetrate me and have me fondle him numerous times at church youth camp retreats he led. This began at age 14, and as I was a painfully late bloomer, I was simultaneously ashamed yet thrilled and curious why he chose ME instead of my prettier, more developed older sister.

This abuse continued sporadically for about four years, when he was suddenly transferred to a church in another state. I remember feeling crushed. He stayed in contact with me, writing me love letters throughout my college years, curious about my sexual activity with other boys, fantasizing about how he wanted to marry me if his wife died. He wanted and needed me to stay a virgin for him. This was the only sex education I received. I was simultaneously repelled and attracted, anxious and avoidant. Sex, gender, power, religion, spirituality, and marriage were a big ball of confusion for me, and there was no relief for my undying anxiety, guilt and unending list of questions. This was late the 60’s to early 70’s; there was no intervention. I dare not talk about this with my parents or a sister, because I knew the subject would be deflected. I became very cynical about men, marriage, sex, and alternated between sexual anorexia and promiscuity. I couldn’t relate to men who were assertive. I covered up a lot of this insecurity and anger and confusion with humor and sarcasm. Years later, I became a stand-up comedian, and I actually had a modicum of success making fun of men, marriage and religion. Yet, offstage I was a wreck. I was living in bitterness and anger and blame. Food, alcohol, one-night stands, and cigarettes were my blankets. I lived in the land of blame and self-pity. Indeed …I owned property there! I began using that as an excuse for every negative event that occurred…..if I had a flat tire, somehow that was the preacher’s fault.

One night in NYC, I was at a Broadway play called BURN THIS, where the antagonist instructs his lover to burn the letter he has written to her. This went thru me like a knife…..the memory emerged of all those letters the preacher had written me filled with his sexual fantasies, that always ended with “Burn this….no one else will understand what we have.” I ran outside the theatre and vomited in the street, and the long road of healing began. That play exposed all the secrecy that I’d accepted as “normal.” All the old repressed memories spewed like Mount Vesuvius.

I went into therapy, and had some less than desirable results, including a couple of male therapists who were inappropriate. This only reinforced my cynicism.

I eventually moved to Los Angeles because I heard Hollywood needed more blondes. I did well in the clubs and made a living, but when you are a comic you only 30 minutes a day. I was bored and started volunteering at a shelter for sexually abused teens. Something in the eyes of this one 9-year-old girl child reminded me of me. I did not want her to experience 30 years of secrecy and anger. It hit me right then, after all this time, maybe that I ought to treat myself as I treat her!

I was taking a self-improvement course where they asked you do “pull the plug” on something in your past that is still blocking you today. I immediately thought of confronting the preacher.

I tracked down the phone number of the preacher, who was still living in the South, retired, with his wife. The Presbytery in his state was more than happy to give the home phone number of one of its retired ministers to an old member of his flock. With a fellow course participant by my side for support, I made the call. I can still feel my stomach churn, my ears ringing and my head dizzying. It was a surreal experience; he answered the phone. He knew exactly where I lived, that I was still single, knew what I did for a living, etc. I somehow found my tongue and stammered out that he had molested me all those years ago. He denied it. I recounted various incidents, and told him what it all had cost me. He grew quiet and listened, and then stated matter-of-factly: “Well, I never did that to anyone else.” I simply said, “Oh? That stuff you just said you never did to me?” Then he whispered, as if we were naughty teens, “Can you call me back next Tuesday? My wife goes to a meeting that day and then you and I can talk.” I hung up the phone and promptly vomited into a trashcan. The fellow participant grabbed me in huge bear hug and cried, “Oh, you are my hero!!!! I cannot believe what you just did!” I felt as if some great glacial shift had occurred. That something had been righted, and really couldn’t ever be un-righted again.

Shortly thereafter, the healer in me was awakened through my work with the teen shelter. I realized that entertainment was no longer fulfilling for me, and that there was something else I was called to do. I began working on my doctorate in psychology, concentrating in sexual abuse prevention and healing. During the course of my studies, it became apparent to me that the best way to help victims is to help the perpetrators. I did not want to live my life in bitterness and hatred, maligning a whole segment of the population, and learned that all I had really wanted all along was to know WHY. Why did he not prefer his wife, or at least another woman, to an awkward, barely pubescent child? Why me?

Through my education and experience treating sex offenders, I now understand all those whys. I am committed now to spreading this awareness to victims as well as abusers, through the power of confrontation, compassion and, when the victim is ready, forgiveness. I have forgiven my abuser. I have no desire to talk to him again, but our business is complete. I no longer have to live in fear; the fear of someone whose power grew to monstrous proportions over 30 years of anger and hatred. Indeed, I’ve done what The Reverend Dr. Michael Bernard Beckwith says to do: “Don’t run away from fear! Turn around and kiss it on the lips!”

What I didn’t know at 14 was that this man was a human being with a condition that needed treatment. I took it personally, and I do not do that anymore. For me, understanding those attracted to minors paved the way to compassion for abusers, which is essential in turning victimization into empowerment.

It was vital for me to forgive my abuser. Not because I am such an altruist, but because I desperately wanted to reclaim my sense of self. My paradigm of a strong self does not include living in the polarization of victim-perpetrator. That is reactive and fear-based. My paradigm of a strong self includes understanding, compassion, and forgiveness as a formula for transformation. The word “transform,” according to Merriam-Webster, means “to change something, usually in a good way.” And it was through transformation that I could turn my pain into purpose. 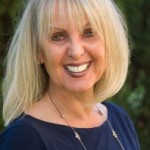