HomeThe Healing ProcessI Have Never Had A Healthy Relationship

I Have Never Had A Healthy Relationship 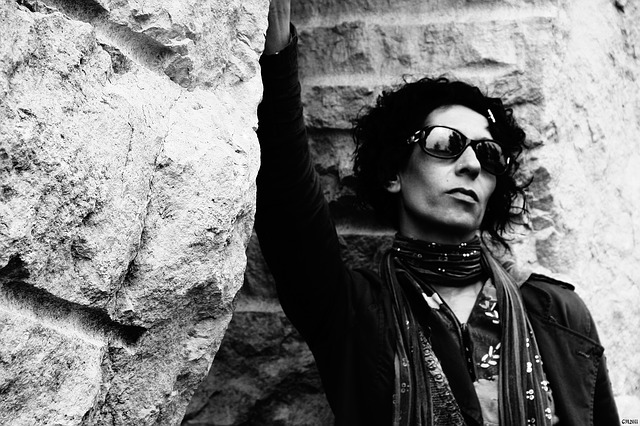 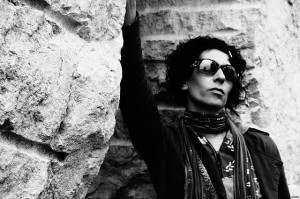 I have never had a healthy relationship however, I have never felt more equipped to do so than I do today. The last relationship which I thought would break me actually saved me. He was abusive in every possible way. The poster child of a Narcissist/Sociopath. Since I’m not a psychologist I cannot accurately diagnose him however I can relate to other women who describe themselves as having survived relationships with narcissists.

In narcissism circles they explain a three prong process that definitely happened in my experience which is idealization, devaluation and finally to be discarded. He idealized me in the beginning. I could tell this because he wanted to spend all of his time with me. He was so good to me. Kind, sweet, gentle, loving, complimentary. He seemed happy to introduce me to all of his friends. We spent all of our time together. We were becoming or so I thought, best friends. Inseparable.

The first time he came after me physically was when we were packing the car to go camping and I packed a stove so I could make coffee and breakfast in the mornings. For some unknown and irrational reason this enraged him. From that moment on, abuse showed up every single day in our relationship.. It got progressively worse. The entitlement and manipulation and lack of empathy was very painful. He was an expert at gas lighting and making me feel absolutely crazy. He blamed me for absolutely everything!
He never said thank you, please, or I’m sorry. NOT even once. The only reason he was concerned after he hit me was about whether he was going to jail or not (He was no stranger for being arrested for DV). He would call to see if I was going to report him. He would slowly restrict the things I could do with him. He stopped inviting me places. This was the devaluation process.

We would break up constantly. He would discard me . At the time I started this relationship with him I had had enough abuse in my life. I already PTSD from a rape 30 years previous and several abusive relationships, at least emotionally. In the most dangerous way, I do not recommend for any woman, I was in his face, daring him to hit me! What I was feeling inside was rage myself. “Go ahead suckerI you can’t hurt me!” Cliche I know but I could not live without him and I could not stay with him. I could not stay away from him. I could not understand why either. It was so excruciating. I completely gave up my life and my sense of self and my friends to drop everything and be with him. I literally quit my job as a  nanny for one of my best friend’s twins. I spent all of my money taking care of him. I’m ashamed to say that I neglected my dying beloved great dane to be with him. Yes, I did.

Sexually there were all kinds of games and incidents that left me feeling afraid and triggered. The amount of tension I lived with was affecting my body. I was in pain all the time. I was in a state of severe anxiety. He was very invalidating, rejecting and controlling. The names he called me are unrepeatable. He said hideous things to me about me. And he meant every word of it.
An example of the mind games was one Thanksgiving we had broken up. So I decided to go away with my family out of state. I really was trying to get out. He ignored me and then half way through the trip he reeled me back in and we got back together via text. When I got home I offered to make him a big Thanksgiving dinner with all of his favorites. I had never cooked a turkey before so I got instructions on family traditions from my mom which took hours, I spent about 200$ and two days preparing everything.  I really wanted to make it special for him.

That morning he came over before work and said, “Do you have the bird in the oven yet?” I said, “Nope not yet. I’m just about to start the stuffing.” He got that instantaneous look in his eye and grabbed the turkey and said then the turkey is going in the oven without the stuffing.” I said, “No it’s not, I’ve got this all timed out and everything is going well. We’ll see you after work.” He threw the turkey in the sink punched me many times, called me a bunch of names, kicked and broke a bunch of stuff in my house and flew out the door. Shortly after that he called to ask if I was reporting him. I did not.

I began to extricate myself. In the process my therapist fired me. She said she couldn’t work with me as long as I was allowing myself to be mistreated. Obviously she had never been in an abusive relationship before to know how extremely difficult it actually is to get out. I felt like I was dying. I read Women Who Love Too Much by Robin Norwood and Why Does He do That? by Lundy Bancroft. I read, How to Break Your Addiction to a Person by Howard Halpern. Every day I would visit my favorite blog by Natalie Lue called www.baggagereclaim.com and as per suggested I established No Contact Rule. It took me a year to make it stick.

I have never done anything so difficult in my life before. And I am a recovering person and I’ve made some very poor choices in my life so I’m been through a lot more than most women. My working theory is that the more unhealthy the relationship the sicker the bond and attachment. Women who allow abuse typically completely give themselves away and are extremely codependent. We get fused or enmeshed with the abuser. This was true for me. Women stay because it feels nearly impossible to leave. Plus it can be dangerous. The fear and other obstacles like children and pets make it very complicated.

I was broken and exhausted and thoroughly confused at the very end. The more times I broke No Contact the harder it became to make it stick. Finally, I felt so ashamed and humiliated for allowing him to abuse me repeatedly I just went to bed one day and didn’t have the energy to contact him again. In the very end, after a year of attempting to go No Contact it stuck. The obsession didn’t end but I was able to cheerlead myself to not contact him again. I blocked him on email, phone, text, Facebook. I showed up at an online forum and begged and cried and became obsessed about that site instead of him but I’ll tell you what, they carried me through. They loved me until I started to love myself. Then I found a life coach and my life really began to heal for the first time in 45 years.

I had been in therapy my entire adult life and nothing helped me like life coaching did. I enrolled in Dr. Martha Beck’s life coach training program to become a coach myself and as part of that tribe I got to practice coaching and being the practice client. The tools are specific and extremely effective. I have a Master’s in Counseling Psychology and that didn’t even keep me out of the relationship. I would NEVER not suggest therapy for anyone. I believe therapy or 12 Step meetings go very nicely with coaching.

My issue with therapy was that I was basically fondling the same old story I had been talking about and telling myself for my entire life, ad naseaum. Coaching cleared all of that out until the fog lifted and I could see that all of my painful choices and emotions were rooted deeply in painful beliefs I held about myself. I didn’t believe I was worthy, lovable, good enough..  It really wasn’t hard to get well from then on. All that was required of me was to commit to being willing to being uncomfortable. And being willing to take complete responsibility for the reason I was attracted to and attracted the exact-wrong-perfect-matches in men in order to play out my childhood wounds. It was all an attempt to have a “corrective experience,” which never works.

As a life coach for women in toxic relationships and rape surviving warriors and women learning to live with chronic pain and illness, I am devoted to giving back all that I have received in my own amazing recovery. The process is ultimately about learning self-compassion, self-care and self-respect and all that it takes is willingness to want to get better. We can all have healthy relationships. I feel strongly that as young women we don’t learn coping skills. I had no idea what a coping skill was. We learn how to caretake. I have all kinds of tools now that I can teach and use to coach women to cope with intense emotions and how to understand that her “man picker is broken” and what that is costing her in her life and in her children’s lives.

That’s the great news, if she can take that eternal hope she has that the relationship or her partner can change and apply that to her own health and wellbeing, happy and healthy relationships really can happen. I offer a free strategy session to any woman who can demonstrate the willingness to commit to getting well and staying well.