HomeThe Healing ProcessRaised To Believe I Was Worth Less, My Husband Confirmed It

Raised To Believe I Was Worth Less, My Husband Confirmed It 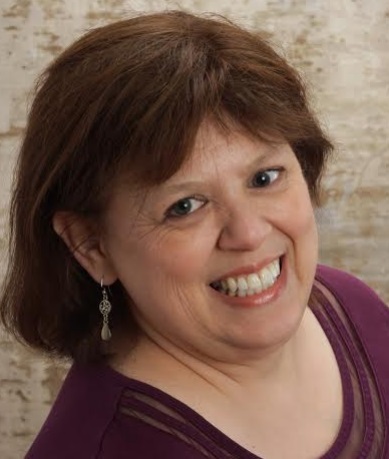 No one told me neglect was abuse.

My story is a lifelong one as I grew up in and married into abuse of variety types. In my childhood home, I watched physical abuse between my parents and lived in a constantly hostile environment. I was familiar with women being devalued and objectified. By the age of twelve if not earlier, I knew the value of a woman was in what she could offer a man.

Having met my future husband when we were six years-old, we married at the ripe old age of twenty. Almost immediately, I knew there was a problem. Why did this man expect me to clean up after him? Why did he stare at the TV most evenings and ignore me? Why, when things went wrong, was it usually my “fault”?

I went on strike, refusing to clean up his messes, do his laundry, or cook for him. I was working, he was a student. In my opinion, each person was responsible for household duties. Within a few days, rather than discussing my concerns, my husband made it my issue. “You really hate me, don’t you?” he said.

My fragile sense of value failed. It was too much to think I was making him sad, and so took on the chores again. This arrangement and his assigned gender roles became our norm. Gross Indifference toward me did too as he had very little to do with my life unless he wanted something. Sometimes he could be very attentive until he received what he had been trying to manipulate me into giving. If I asked for a favor, big or small, the answer was rolled eyes and a sigh.

Public ridicule and hushing, “you embarrass me” comments, snide cutting remarks, and consistent criticism at home wore me down. I was his scapegoat. My achievements were met with disdain or jealousy; my desire to talk was called a “flaw” in my personality. He was often angry and I did not know why. In the early years, my responses ranged from yelling to silence as I did not have great communication skills either. The underlying theme however, was Nancy is worth less than her husband.

Then there were those days, weeks, months, and even years that he barely spoke to me. What spunk I had left eroded. I doubted my opinions, began to ask his permission for minor decisions, and confused submission with “being good.”

My heart did not matter to him as he lived in a world of pornography and denial. He had no concept of a woman as an equal. His fantasy world made anyone real seem inferior. As a religious leader, he played the role very well in public. So did I. My motives for not telling anyone were self-protection, guarding his reputation, and being convinced I did not deserve to talk about it.

As an emotionally abused person, I lost myself. For so many years, I excused his behavior by blaming me. Even though I was severely angry at times, it was my understanding that the anger was my flaw as well. I identified almost completely as his wife. “We” is how I often referred to me. It was difficult to discern where he ended and I began. Generally, I was depressed, disappointed, fearful, angry, and blaming myself for all his troubles. In January of 2011, I tried to end my life. I had realized his love was not forthcoming, and it was impossible to imagine life any longer without it.

For three and a half years, therapists have been retraining me how to think. Their challenges include me making quality decisions – so difficult when at times I sense little worth. Last year I went to Timberline Knolls, a rehabilitation Center in Lemont, Illinois. For a month, I wept and told my story to woman after woman, mental health professionals, and a chaplain. It was surprising to hear I did not deserve the treatment I was receiving. I argued that I did, that it would be wrong to leave my marriage. Nonetheless, while observing other women who were abused and listening to their stories, I was vehement that they did not deserve to be hurt. One day I realized I was one of them, and my arguments failed. That is when I said “enough!” Our separation came just a few weeks before our 32nd anniversary.

Since then, my sense of self has grown. Practicing self-care includes learning to have a voice. Reaching out for support is no longer foreign, a new group of friends believes in me, and I am not as terrified of telling people how I feel. I realize no one has the right to squelch my God-given gifts. This self-assurance continues to mature.

Writing was my strong suit in high school and college. Although a sense of self was largely missing, I dreamed of writing a book one day. Immediately following my suicide attempt, I began to write about the experience, believing no one would ever see it. Now that it has been published along with two other books, my voice is growing strong. I am leading workshops and seminars, and am sharing my story in radio and magazine interviews. In no way had I believed my life could have value outside my marriage. Turns out, I am better without it.

Best of all by far, has been the honor of returning to Timberline Knolls to encourage other emotionally wounded women to consider freedom, and to disconnect from their abusers.