HomeIn The SpotlightWhy Did The Cosby Accusers Take So Long To Report The Abuse?

Why Did The Cosby Accusers Take So Long To Report The Abuse? 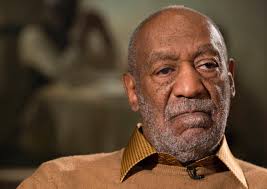 It is all over the news lately. Every day it seems another woman comes forward to accuse famed comedian Bill Cosby of drugging and raping her. To date there are more than 15 women voicing their accusations publicly, with some reports of abuse dating back 30 and 40 years. The general public is divided into two camps; those who have grown up being entertained and inspired by Bill Cosby, therefore refusing to believe any accusations against him and those who can not fathom why so many women would make up similar stories without asking for financial compensation if he was not guilty.

Regardless of which camp you sit on, there have been no formal charges made even though that has not stopped the avalanche of bad press and corporate distancing Cosby has experienced in the past month. The one question on everyone’s mind is: Why didn’t the Cosby accusers report the abuse sooner?

It could be that these women were too afraid to go up against a media giant like Bill Cosby for fear that they would not be believed and that their allegations would ruin their careers. Today, Bill Cosby’s star does not shine as brightly and his influence isn’t as rigid as it once was. Today, these women who claim to have been hurt by Cosby can step forward and share their stories without fear of permanent damage to their lives.

When victims of abuse remain silent, it is a knee jerk reaction to the embarrassment of being vulnerable enough to be hurt by someone else. Their silence is also related to the fear that no one would care about their pain or that no one would be able  or willing to help.

When we watch victims of abuse break the silence and share their stories, we are witnessing a transformation from a feeling of powerlessness to one of healing and growth. It takes a certain amount of strength to stand up and admit that someone hurt you. It is the kind of vulnerability that we are taught not to share if we want to be seen as strong and capable of leading our own lives.

Why would the Cosby accusers speak up now?

It is a difficult task to point the finger and say that someone is being abusive to you but with every person who chooses to stand up and talk about it, the incidents of abuse will decrease because abusers will know that they WILL be found out. Abuse is not a secret. Tell someone.