I Used EMDR Therapy To Change My Life 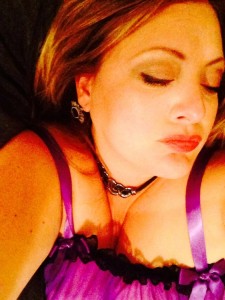 I had been sexually assaulted by a neighbor and my therapist then told me about a new procedure in therapy and asked if I would like to do it, which I did. It was called EMDR, Eye Movement Desensitization and Reprocessing. We used it on not only the assault but also my childhood.

The therapist has you lay or sit on the couch or whatever. You wear head phones and hear this beeping and hold these round things that kind of vibrate at different pulse speeds. You discuss the memory in detail, it could even bring stuff up you don’t remember. When you start getting the emotion connected to it, you stick with it, and the emotion slowly disappears. You go over it more and more over several sessions, until you can deal with life again.

It’s sort of a brain damage, since it destroys the emotional connection but doesn’t affect you otherwise if that makes sense? It’s pretty heaven sent. When I use to be religious, my therapist felt like it was a gift from God.

I use to hyperventilate when I’d remember what my bastard ex did to me. Now I have no fear of him. After my assault I couldn’t walk down the street, now it’s a distant memory. It doesn’t affect me anymore. I use to dwell on my memories, the fighting between my parents, now it’s like… well it happened. Now I’m able to forgive and have a positive relationship with them.

Not just any therapist can do, they have to be trained.  I asked if I could have one to take home and of course she was like no. My last session was maybe 5 years ago. Once in a while I get up in my anger with my ex when it has to do with my daughter. Sometimes I get paranoid of him when things are going on, but I have learned to recognize and deal with the reality that he really can’t hurt me, he’s actually just a scared bitch that can only beat on women.

So after I left him, I had my sister and cousins on my side, they took me on shopping sprees, took me to get my hair done professionally, hung out with a professional makeup artist. We would go out and travel. They attended all my court hearings, along with my parents. I was still pretty bitter towards men, although I would hook up with guys once in a while. but not enough to actually want a relationship. When I met my husband I’m not going to lie I was a total bitch to him.

He’d ask me out and I always had an excuse and finally told him, “Hey I’m not looking into hooking up with anyone.” Well he decided to try one last time. I needed a ride to meet up with a friend and he offered to take me. He was so respectful, didn’t try a thing. I was so sick of these nasty guys. We went on several dates; I was still not very nice to him. Then almost 4 months later I find out I’m pregnant from him. Although that was way to soon it was also a blessing because I would have pushed him away since I was very hateful.

We got a place together, he bought me a car, taught me to drive it, got me another car, sold that and now a Mercedes SUV. We now have a house together, an added Lexus. We have become very successful together. He didn’t have a lot before we met. 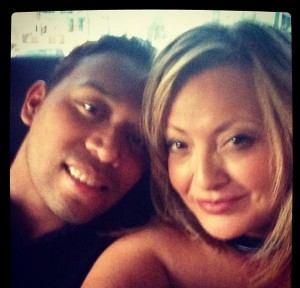 Besides just the financial type stuff, he’s a good man, so sweet, so pure, soft spoken, such a good man. When our son would wake up in the middle of the night he’s the one who’d wake up with him. He helps my daughter w her homework, teaches her to drive, talks to her about college and being a hard worker.

He cooks dinner, runs errands, cleans, doesn’t expect a thing. He loves to cuddle more than I do. Sometimes I still get a little crazy and am not very nice and he never raises his tone, he says, “Sweetie just stop already.” He walks out of the room.

I am so serious. I love him, he’s my Casanova. He’s definitely my blessing.