HomeI Was An AbuserI Am An Evil Person

I Am An Evil Person 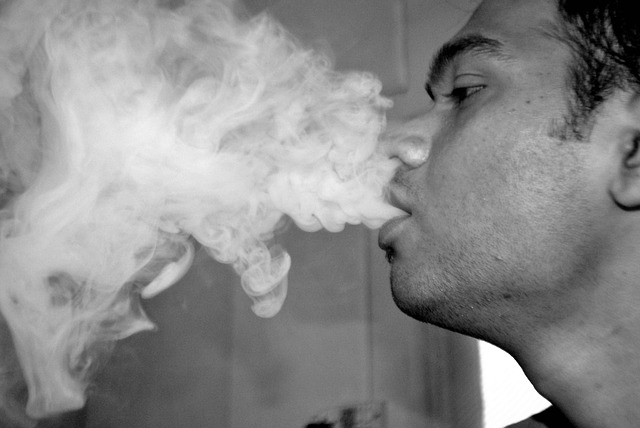 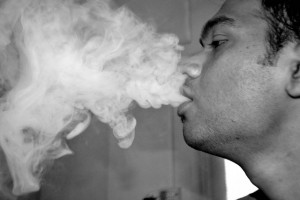 I interviewed a man who identifies as a member of the Crips gang in Los Angeles. He admitted to me that he is an abusive and mean person. These are excerpts from our conversation.

(Abuse Is Not A Secret) ANS: How long have you been abusive?

Chris: I’m 45. I’ve been like this all my life. It’s not talking bad about people, it’s telling the truth. If you can’t handle the truth, go jump off a bridge.

ANS: Who do you feel you have to tell the truth to?

ANS: What provokes you to say such mean things?

Chris: If somebody speak you speak back. If you wanna act like you’re all that, I’m gonna let you know you’re not. If you respond back too much you might get slapped, punched, spit on, who knows. I’ll tell you that you’re baldhead, you got a bellpepper nose and your skin fucked up. All you got going is that big nasty booty. Then you got the skinny females with no hair, saggy titties, saggy booties- looking like a boy.

ANS: Why do you try to hurt people’s feelings?

Chris: I’m outspoken. I don’t really care about hurting anyone’s feelings. If it becomes a fight I’m going to beat you down. But, it’s not really hurting people feelings, it’s telling them the truth. Someone needs to tell people the truth. Like, Beyonce is ugly. Everybody think the Kardashians are so fly. Khloe look like a man with a big booty. Kim booty is too big, it got dents and lumps. What do y’all see in her? Ya’ll must be Steve Wonder. The two little daughters, The Jenner girls. They are modeling. What are they modeling- dog food? They are the ugliest little daughters I have ever seen. They don’t have no fineness to them?

ANS: What is the issue that you have with ugly people?

Chris: If you’re ugly, just be ugly because there are people out there who like ugly females cuz no one is hitting on them. Don’t act like you a 10 when you really know you’re a one. It’s not just ugly women. It’s females. We gave them a rib and now they think they are God’s gift to men. Maybe there are women out there not like that but really where are they?

ANS: Have you ever been in love?

Chris: I have never been in love. I don’t even know what that word is.

ANS: What about your family?

Chris: My family? I guess they love me. How the fuck do I know? A motherfucker can say anything. I love me sometimes. I don’t love me all the time.

ANS: What don’t you love about yourself?

Chris: Some things that I do that I don’t even like about myself. I say I’m going to have to work on things but then I don’t. I might go a week or a couple of days without talking bad about nobody but it don’t feel right. If you acting like you all that and you ugly I’m going to let you know. I’m going to bring you down off that high horse.

ANS: Do you think anyone thinks you are ugly?

Chris: I’m not ugly to nobody. I’m Puerto Rican, Black, White and Indian. They say the only thing ugly about me is my attitude. I know it’s ugly because I’m an evil person.

ANS: Why do you think you are an evil person?

Chris: I am an evil person. I’m demon evil to the point where I don’t even want to say it over the phone. I think when you’re evil, you get used to getting money. When I stopped being pure evil and trying to do right, money don’t even come like it used to.

Chris: I love women. All of them are sluts. All of them are naughty whore sluts and can’t be trusted. I like strippers. I like females that dress like strippers. No panties. No bra. I like when we together and we go to the movies and when she stand up and people look at her and I’m like- yeah this is my bitch, she’s a nasty lil’ whore too. I love showing them off. White females don’t care. They just are nasty whores and love that about them. A female ain’t nothing but a skank ass bitch. It makes me feel good to talk about them. Why not? They ain’t shit no way. A bitch can’t do nothing for me bit bend over.

ANS: Don’t you think women want more than that?

Chris: Most of them want to get slapped around. Their mom got slapped around by their Dad so if you ain’t doing it they look at you as a weak ass man. I had a dumb bitch I had to start slapping around – I didn’t want to but she made me by cheating on me. I put 10 knots on that bitch head and knocked the bitch out. I told her I wanted a divorce and she begged me to just beat her and I told her No. Nobody want to go to the pen for her.

ANS: Do you think you’ll ever stop being so abusive?

Chris: If people let what I say bother them and I see it, I’ll keep going. They can go die. Drink some bleach. But a gun and blow their heads off. It’s just my opinion but I’m going to push you to see what you are going to do.